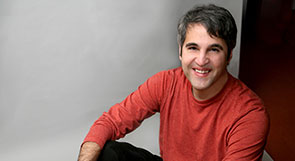 Capaldi Web, a Rhode Island Web Design and SEO
firm for over three years, was founded by Justin
Capaldi. We have a proven track record and
expertise in:

For over 20 years, Justin Capaldi has been a member of the creative community. Prior to founding Capaldi Web Design and SEO, he designed CD covers, created music videos, wrote songs for commercials, short films and online content, produced and engineered recordings for many musical artists, as well as performing as an musician himself. He has a BA from the University of Rhode Island and later earned honors while attaining a second degree in Computer Networking focusing on HTML, CSS, WordPress, Dreamweaver and Photoshop.

Justin has worked on projects ranging from small business websites to national sites like Bic Razors .

Connect with me on Google+
by Justin Capaldi